Over the summer, I fell in love with a bedspread I saw on Urban Outfitters.
Waterfall Ruffle Duvet
Unfortunately, since I did not have $150 to spend on a new duvet cover, I decided to  make my own.
I went to the thrift store and bought several sets of white sheets for a couple bucks each, used one king sized sheet as the base and cut the rest into strips which I hemmed and sewed onto the king size sheet using a ruffler foot on my sewing machine (Generic Ruffler Foot- I bought a cheap one at Joann fabrics for bout $16.00).
I spent just about the whole month of June working on the bedspread, king size is massive and it takes a while to cut and sew enough strips to cover the whole thing.
I spent some time trying to dye it gray without success, and finally got it to a oatmeal creamy color after I used dye remover on the last mistake. Because each sheet set I used was a different material composition and takes dye differently, I switched fabrics every other row so when I dyed it, it would look intentional. 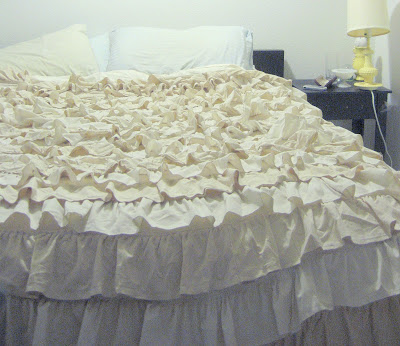 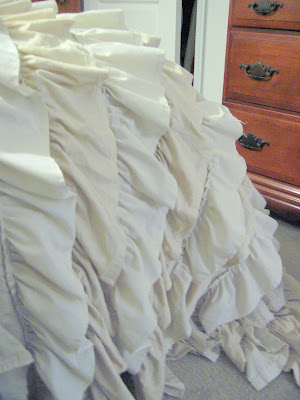 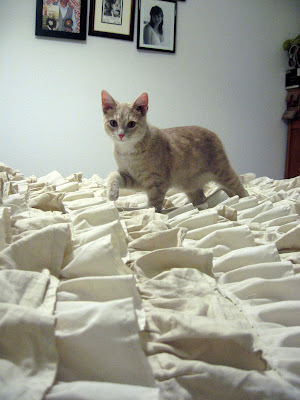 (it's hard to tell on the pictures, but each row is a slightly different shade.)
Overall, the whole project cost me about $40, and it turned out just as awesome as the one I wanted!

I love to hear from you! Please keep comments on topic and respectful!